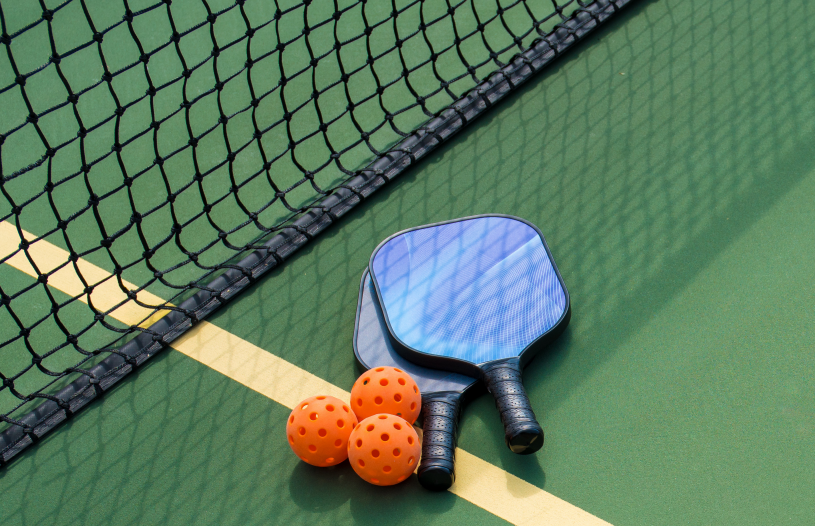 Ever Heard of Pickleball?

Right this second, there’s a sport with a fun name sweeping the nation. It’s a pastime that many people “relish” regardless of age or background, and despite its growing popularity, it’s also a game that many Americans remain unaware of. Quite the pickle, since this mysterious pastime is the fastest-growing sport in the United States. It’s played in elementary schools, community recreation centers, country clubs, and parks where more than 2.8 million passionate players swing their rackets daily. No, it’s not tennis, but you’re on the right track. The answer? Pickleball!1

Who Put the Pickle in Pickleball?

The game of pickleball was invented in 1965 by Bill Bell, Barney McCallum, and Congressman Joel Pritchard. These three fathers and their families had a tradition of spending summers together, but that year, their children were bored. The three fathers decided to invent a game for their families to play, using an old badminton court and ping-pong paddles. By all accounts, everyone loved it, and soon, this strange new game began to spread throughout the neighborhood.2

So, why name it “pickleball”? Joan Pritchard (Joel Pritchard’s wife) coined the term because the combination of rules borrowed from other games reminded her of the “pickle boat” used in crew. However, Barney McCallum claims that the game was officially named after the Pritchards’ dog, Pickles, who loved nothing more than chasing the ball and running away with it.3

Pickleball, often shortened to “pickle” by many, is a game that feels familiar, thanks to rules borrowed from pingpong, tennis, and badminton. Pickle can be played either as doubles—two players per team—or singles. Don’t have a partner? No worries! Many leagues and communities have members who are more than happy to play with new teammates.

The standard pickleball play area measures 20×44 feet, with the net set at tennis court height. There are many easy-to-grasp rules, but the most significant difference between pickleball and tennis is the “serve” and the “kitchen.”

Unlike tennis, a pickleball serve is made underhand, and paddle contact with the ball must be below waist level. The serve is made diagonally crosscourt and must land within the confines of the opposite diagonal court.

“The kitchen” is a colloquial term for the non-volley zone. This is a threeand-a-half-foot-wide section of the court closest to the net and extends to each sideline. It’s not uncommon to hear yells of “Kitchen!” followed by bellows of laughter during a game, as seasoned players find themselves celebrating a great volley, only to realize they’re standing squarely in “the kitchen” where volleys are a big no-no.4

Fun for the Whole Family

Because pickleball rules are so similar to ping-pong, the barrier to entry can be quite low. Grandparents, grandchildren, and anyone in between can pick up this fun game with ease. So, whether you’re a beginner, a seasoned athlete, or just looking for something to break up the monotony of your normal exercise routine, why not give it a try? After all, being America’s fastest-growing sport makes pickleball a pretty “big dill.”