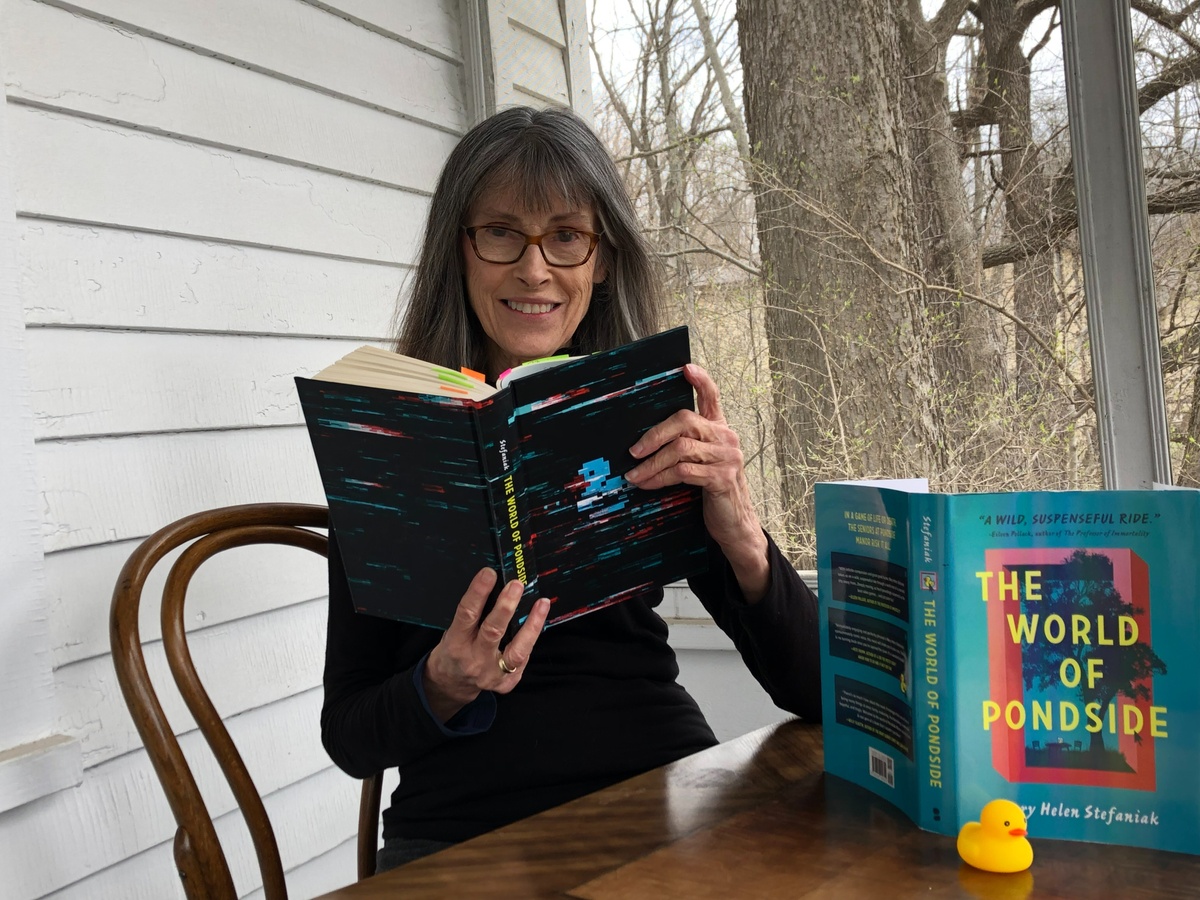 Author Mary Helen Stefaniak will join us for a private reading and book signing at the Tattered Cover Bookstore. We welcome clients, family, and friends to enjoy this exclusive event. Space is limited, RVSP today to reserve your spot.

In a game of life or death, the seniors at Pondside Manor risk it all.

One-legged Duane Lotspeich is overjoyed when he can once again dance the tango. Thrilled octogenarian Laverne Slotnick cheers on her favorite baseball team from the stands at Candlestick Park with her beloved husband--who died years ago. Even the rest home's overwhelmed head administrator escapes her exhausting job by logging onto a much more luxurious virtual world.

Robert's game may have enlivened the halls of Pondside Manor, but chaos ensues when he's discovered dead, strapped in his wheelchair and drowned in the rest home's pond. If any resident witnessed his death, they're not telling--either covering up or quite possibly just forgetting. And it's far from clear to anyone--much less the police--if this brilliant man's death was suicide or murder. After all, who'd want to kill a dying ALS patient?

When Robert's popular video game goes dark, its players grow desperate. The task of getting it back online falls to tattooed kitchen worker Foster, who enlists help from a raucous bunch of misfits suffering from various stages of dementia and other age-related afflictions. Their pursuit--virtual and real--has unintended consequences, uncovering both a criminal conspiracy and the dying wishes of Foster's friend Robert. From Pondside Manor, an astonishing journey is embarked upon--blissful, treacherous, and unforgettable.

Mary Helen Stefaniak’s debut novel, The Turk and My Mother, was named a Favorite Book of 2004 by the Chicago Tribune. The Cailiffs of Baghdad, Georgia won the Anisfield-Wolf Book Award for Fiction. Both novels were recognized by the Wisconsin Library Association for Outstanding Literary Achievement. She is Professor Emerita of English and Creative Writing at Creighton University in Omaha and teaches in Pacific University’s MFA in Writing program. She and her husband live in Iowa City, in a 165-year-old stagecoach inn they restored.